Is it possible to design websites on a Chromebook? (and nothing else)

Is it really possible to design websites from anywhere with a Chromebook? There’s the cliche of IT experts working on websites in coffee shops, steaming latte ignored whilst they lean in, staring intensely at some new abstract, creative project… But it’s usually a thin Apple they’re using, or occasionally a battered Dell or a sleek Sony. 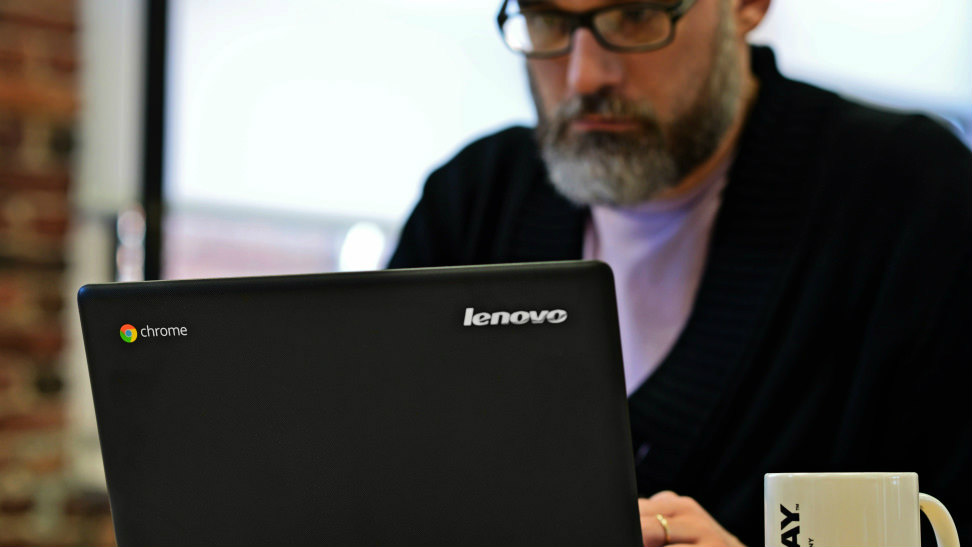 I say this as someone that’s used to working on a big screen desktop. You learn very quickly that working on graphics is tricky with a small screen. You need that wide screen to get down to gritty details.

At a glance the Chromebook is an attractive thing for the web designer. High spec, reliable, fast, great battery life, and seriously cheap. It’s about a quarter what you would expect to pay for a comparable Apple machine. And when client’s hammer you down on your prices cutting costs and not corners that’s important.

First the good, working on WordPress websites isn’t just easy. It’s a joy. WordPress is one of the most beautiful things in the virtual world mankind has ever created and it’s here that the Chromebook really shines. As a rule any internet-based programs work well. A 4G phone with good signal and plenty of monthly allowance is recommended.

They aren’t designed to work without an internet connection. They do work… just not really very well. You can find yourself trying to hack them to work offline. They just don’t want to do it, you can make them… but you can almost feel them resisting you. Google has a reputation for being a very responsive company and it’s likely they’ll figure out a solution sooner rather than later.

The really hard thing is, there aren’t many ways to edit images. Pixlr is the best out there, but with a Flash interface it doesn’t feel very responsive or polished. Working on multiple images takes time. There’s uploading and downloading times. Editing video is also slower and harder for the same reasons. I’ve used WeVideo and it’s usable, but it’s laborious.

Overall I think Chromebooks feel modern, like they’ve fallen out of the future and the internet speeds and other quirks haven’t quite caught up. Yes you can make websites. Yes, you can design them well. But be prepared to adapt your workflow, and for a learning curve. The rest of the world is still catching up.